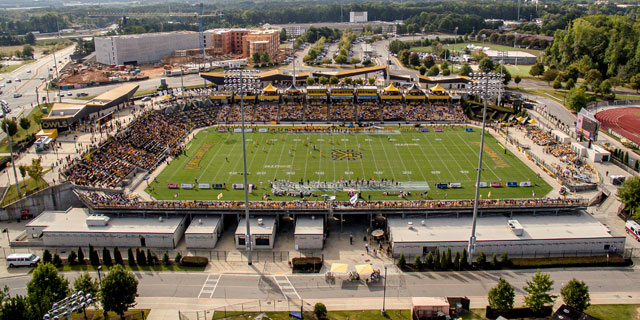 State of the art stadium featuring 8,300 permanent seats, 14 premium suites, 7 outdoor suites decks, premium loge seating and a floor capacity that can accommodate an additional 13,000 fans. Flexible configurations allow concert scaling to be set for 4,000-23,000 patrons with in stadium.

Fifth Third Bank Stadium has 14 Indoor Premium Suites accommodating up to 272 VIP patrons. There are 12 Indoor Luxury Suites that can seat no more than 16 people. 2 Super Suites are available to accomodate large groups of up to 40 people. We have 7 Outdoor Suites are also available to hosts groups of up to 40. For information about purchasing a suite for an event, contact the box office at 470-578-4849. 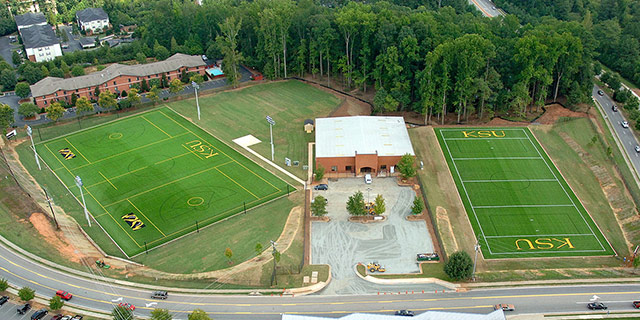 The Owl's Nest opened in October of 2009 as Phase I of the Park. The Owl’s Nest is devoted to student training/programming and is the hub for more than 330 intramural teams and 42 club teams. The facilities at the Owl’s Nest are reserved and managed for students through the Sports and Recreation Department.  This website will provide basic facility information, but if you have questions about how to get involved with Sports and Recreation club or intramural teams or wish to get information about booking the synthetic fields, please contact 470-578-3207. 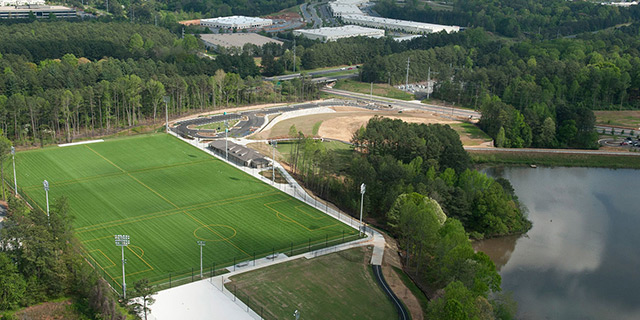 The Perch opened as Phase III of the Park in April 2012. Three synthetic fields provide more than 6 acres of continuous playing service that can be configured to host a variety of sports including football, lacrosse, soccer, field hockey, ultimate, softball and more. In addition, field 3, which stands alone, is fully lined for rugby and permanent rugby goals.

The Perch also includes four sand volleyball courts, a 9,000 square-foot amenities building and a .92 acre walk/jog trail. These facilities are utilized for student programs, 5ks, tournaments and special events many of which are planned by students and operated as fundraisers, raising money and awareness for a variety of philanthropic classes.

The Perch currently services more than 200,000 visitors annually. This website will provide you with basic facility information, but if you have questions on how to get involved with Sports and Recreation Department or wish to obtain information about booking the synthetic fields call 470-578-3207. 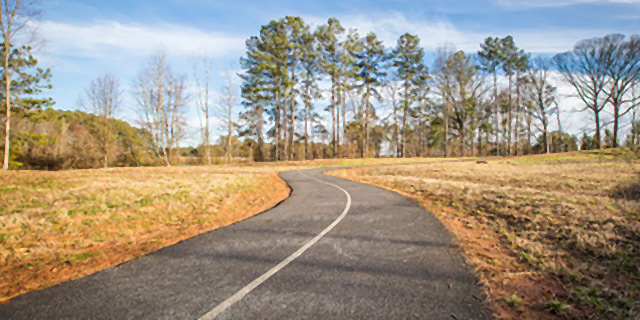 The Walking Trail opened in April of 2012 as part of Phase III of the Sports and Entertainment Park. The walking trail borders the lake and has two bridge features. The trail is open to the public during daylight hours and dogs are welcome. Make the Walking Trail a part of your next 5K or the next stop for your daily adventure.